The Holding company successfully presented the projects at significant events held in late spring in Indonesia, at one of the largest coal forums – 23rd Coaltrans Asia (May 14 – 16, 2017) and within the 3rd Annual Infrastructure Finance Conference (May 17-18, 2017). 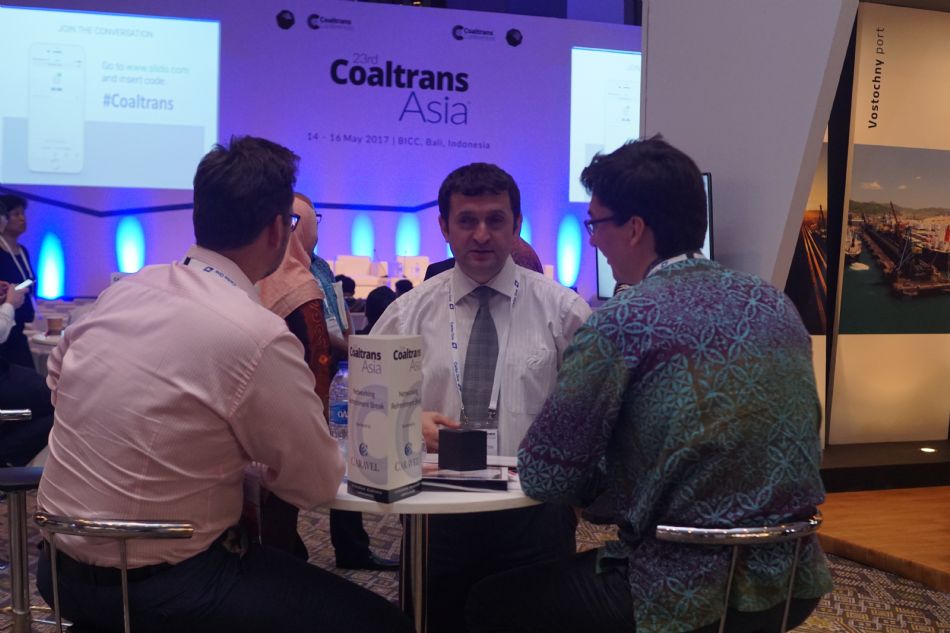 “Suchan-Ugol” – one of the key projects, supported by the Engineering Consulting Company and RusstroyConsulting – was presented to the Japanese financial, commercial and industrial corporations:  Sumitomo Corporation, Marubeni, Mitsui, Mitsubishi Materials, NEDO, JOGMEC, ITOCHU. As a result,  parties agreed to sign a preliminary agreement, evidencing the interest to this project from Japanese side.  Also Japanese banks, such as Sumitomo Mitsui Banking Corporation, Development Bank of Japan, Asian Development Bank and Japan Bank agreed to evaluate “Suchan-Ugol” project on the basis of agreements with Japanese companies.

An industrial complex for the extraction, storage and transportation of coal to the regions of Russia and the Asia-Pacific region.. In accordance with the terms of the contract signed between LLC “Suchan-Ugol” and “Russtroyconsulting”, the consulting company agreed to a series of commitments as part of the implementation of the investment project “Restoration of fixed assets and production activities of the «Tsentralnaya» mine.” Currently, the client have in possession a positive conclusion of the JSC «TFEDC» and preparing to sign an agreement on assigning the status of the resident of the Free Port of Vladivostok to the company.

An international Forum on Coal Industry in Southeast Asia. The forum is aimed at communicating investors, coal producers and consumers on the world’s largest coal market – Southeast Asia.The forum is entirely devoted to the coal industry, it brings together world’s largest consumers and traders to discuss investment in the development of coal deposits, government contracts for the supply of coal and contracts for the purchase of coal.

Over 400 participants from 34 countries have discussed all major infrastructure projects in Indonesia within two days, both for the current period and for the next decade. 225 infrastructure development projects in Indonesia have presented at the conference. Cumulatively, necessary investment in these projects is about $ 466 billion in the period from 2017 to 2030, – in addition, 30 projects worth more than $ 200 billion are recognized as a strategic priority. Such projects have presented at the conference by the ministers of economy, finance and transport of Indonesia on the program of public-private partnership.